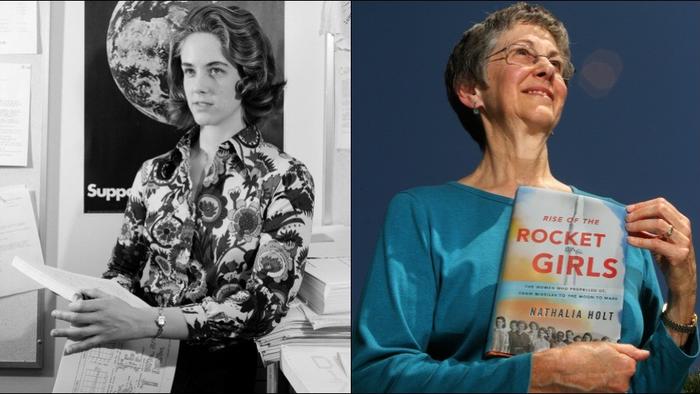 Thank you to Kathy Kobayashi, who forwarded this LA Times article featuring a new book about the women who worked as programmers at JPL by Nathalia Holt, “Rise of the Rocket Girls: The Women Who Propelled Us, from Missiles to the Moon to Mars.”  See the article for a recent interview with Sylvia Miller.

The picture above, from the LA Times Article is captioned “Sylvia Miller, pictured on the left in 1973, was one of the last human computers hired by NASA’s Jet Propulsion Laboratory in 1968. She is now one of the female subjects in a newly released book by Nathalia Holt titled “Rise of the Rocket Girls: The Women Who Propelled Us, from Missiles to the Moon to Mars.” Miller went on to have a 40-year career at JPL and retired in 2008. (Left: Courtesy of Jet Propulsion Laboratory / Right: Tim Berger / Staff Photographer)”

This entry was posted in Uncategorized. Bookmark the permalink.